Just where should I begin… ? 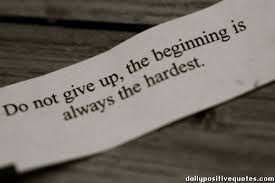 Around Chapter 6 of my-adventure-in-writing-my-first-novel, it became clear I had not started my story in the right place and time.  My MC  (main character) has developed quite a bit, thanks to lessons I have learned along the way, and I can see I have made a miss-step or two…or three… okay, way north of a dozen… in introducing the reader to my little world. While I have resisted rewriting the first chapters in favor of plugging away at the first draft, I could add at least three chapters to the beginning that would make the book flow much better.

When I first started on this journey, my process began with an outline. I thought the plot and character arc(s) and theme were pretty well established, and I was ready to flesh it out with a first draft. But I had not thought my story all the way through.  I discovered this during a conversation with my hubby ~~ by the way, he is far from a gentle critic, which makes for lively interchanges!  I was telling him about a plot problem, and he asked some basic questions I hadn’t even considered.  Along with a not unfamiliar nod to my hubby’s intellect and my own lack of discernment, the discussion helped me take a step back from the story and begin to think more as a reader would. Help them to attach to the story and characters right in the first chapter. When I make some progress on that, it’ll be another lesson to share.

Meanwhile, back to the books to see what an expert says about fixing the problem at hand. Blake Snyder’s “Save the Cat,” Chapter 7, presents basic problems with a script (book) and how to work through them.  My particular issue is shared on page 155, in what Snyder calls “Take a Step Back.”

To paraphrase and summarize, when your writing just isn’t coming alive, seems flat or plain isn’t working, sometimes you’ve got to take a step or so back in time and action to find the inciting incident for conflict, growth, or change that will make your story “pop.”  Make that the beginning point. Some indictors you may have to move your beginning point back: needing too much backstory in the narrative; little or no change in your MC (main character) or other characters — lack of conflict or growth; and by the end of the book you still haven’t told the whole (or real) story.

Better to attend to this problem now, methinks, rather than waiting until the end of the first draft.  By going back in now I have a better grasp on the characters that pepper the text, and the beginning chapter needs to introduce not only the main character(s) but the problems that will unfold throughout the book.

No more having to be creative in disguising the “backstory” so it slips in without boring the reader.  Hmm.  That last sentence indicates I am still such a baby in writing fiction!  On the other hand, now that I see how I was missing the point (again!) on some of the lessons I’ve been studying, I am so glad I am writing a “real book” to learn how to write! The adage “Writing is 10% inspiration and 90% perspiration” is so true.

Writing is something I HAVE to do, like eating and sleeping and breathing.  There are days I think this little book is only than exercise for learning how to write;  and then there are days when it excites me because there is a story unfolding. The longer I work on it, poke and prod and carve and pinch it like a lump of clay, the more it begins to be interesting.  And on a really good day, I start to imagine sequels, and prequels needing to be written after I get this one done. I am really falling in love with the characters and the world!

Yes, I have likely gone around the bend, fallen off the truck, got a screw loose.  So what else is new?  Doesn’t someone have to be a bit crazy to want to live a life making up stories!

Today’s SUMMARY: being added to my blog page:   “Lessons I am learning… on my way to becoming an author.”

#9   Finding the point where your book should begin– doesn’t always happen upfront when you write the outline or the first draft.  Sometimes you’ve got to take a step or so back in time and action to find the inciting incident for conflict, growth, or change that will make your story “pop.”  Some indictors you may have to move the beginning point back: needing too much backstory in the narrative; little or no change in your MC (main character) — lack of conflict or growth; by the end of the book you still haven’t told the whole story. This is the exact opposite of needing to cut the first two or three chapters that don’t move your story forward!

Posted by whitehairedshooter on January 29, 2015 in Writing the Book

One response to “Just where should I begin… ?”